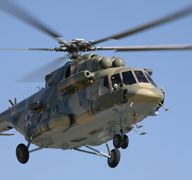 Discount on the price of spare parts older than 2017 year release or wholesale purchase of products.

Supplier of aircraft spare parts LLC "TECHPOSTAVKA" has submitted to Arbitration court of Sakha Republic the claim about a recognition the bankrupt of Yakutia airlines, said in the files of arbitration cases

The application was filed in court on November 21. Date of consideration of the case № A58-4357/2016 not yet been determined.

The group of companies is engaged in the supply of aviation spare parts and components for civil helicopters and aircraft on the Russian market. The company supplied under the contract with the airline Yakutia aviation spare parts in the amount of more than 30 million rubles, but the payment provided by the contact is not received. Negotiations with the airline Yakutia problems of payment of the delivered aircraft spare parts not decided, so, LLC "TECHPOSTAVKA" was forced to appeal to the court of arbitration for recovery of payment or recognition of Yakutia airlines bankrupt.

Yakutia airlines was established in 2002 on the basis of Sakhaavia and Yakut airlines. The company performs regular and Charter flights from the Republic of Sakha (Yakutia) to the cities of the far Eastern Federal district, Central regions of the Russian Federation, CIS countries, Southeast Asia and abroad. The main airports of the airline are air transport hubs in the cities of Yakutsk, Moscow (Vnukovo) and Krasnodar. The company's fleet consists of more than 20 aircraft of Western and Russian production.

"Currently, this application is not accepted for the Arbitration court of the RS(Y). JSC Yakutia Airlines does not meet the signs of bankruptcy, as it has sufficient funds and other assets to meet the requirements of the creditor. JSC "Yakutia Airlines" believes that the application of LLC "TECHPOSTAVKA" is filed in court prematurely," the press service of the airline "Yakutia"said. Although the court's decision put, LLC "TECHPOSTAVKA Co, Ltd" in financial distress.

Please log in to leave a comment.
Also you can Log in through:
Yandex
I agree to the processing of my personal data. Details
Attention! Cookie need to be enabled on your browser to allow the site tofunction properly. If, for some technical reason, whether transmission, orstorage of cookie data is not supported on your browser, then authorization tothe system will be unavailable.